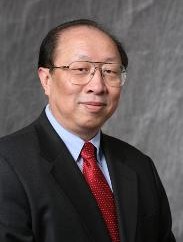 
Internet of Things (IoT) is a networking infrastructure for cyber-physical systems. With IoT, physical objects should be seamlessly integrated into an Internet-like system so that the physical objects and cyber-agents can interact each other in order to achieve mission-critical objectives. Given its tremendous application potential, IoT has become popular in recent years, attracting great attentions from both academic research and industrial development. In this talk, we will first focus on fundamental issues related to IoT. We address principles that should guide research and development of IoT. We will then present several approaches that may lead to implementation of IoT and analyze their advantages and disadvantages. We will show an implementation of IoT called "WInternet" and demonstrate its application. Finally, we will discuss critical issues that must be addressed in order to fully realize the objectives and potentials of IoT.

Professor Wei Zhao completed his undergraduate studies at Shaanxi Normal University, China, in 1977, and then received his MSc and PhD degrees in Computer and Information Sciences at the University of Massachusetts at Amherst, USA, in 1983 and 1986, respectively. In 2008, Professor Zhao was appointed as the 8th Rector for the University of Macau. Prior to this position, Professor Zhao also served as the Director of the Division of Computer and Network Systems at the US National Science Foundation, the Dean of Science at Rensselaer Polytechnic Institute, and the Senior Associate Vice President of Research at Texas A&M University, making him one of the few scholars from Mainland China who have ever held such senior posts in the US federal government and high education institutions.

An IEEE fellow, Professor Zhao is internationally acclaimed for his research in the areas of Internet of Things, distributed computing, and cyber-physical systems. His research team has won numerous awards from international research community. In recognition of his outstanding achievements in scientific research and contributions to higher education, he has been conferred honorary doctorate degrees by twelve world-renowned universities. In 2011, he was appointed by the Chinese Ministry of Science and Technology as the Chief Scientist of the Internet of Things - a national 973 project. In 2012, he was elected to be an Academician of the International Eurasian Academy of Sciences.